Everyone remembers the multiplication table, right? It's that grid of numbers that you can find on the back of almost any school workbook, with numbers 1 to 10 (or 12) along the top and left side, and products of numbers filled in the grid. 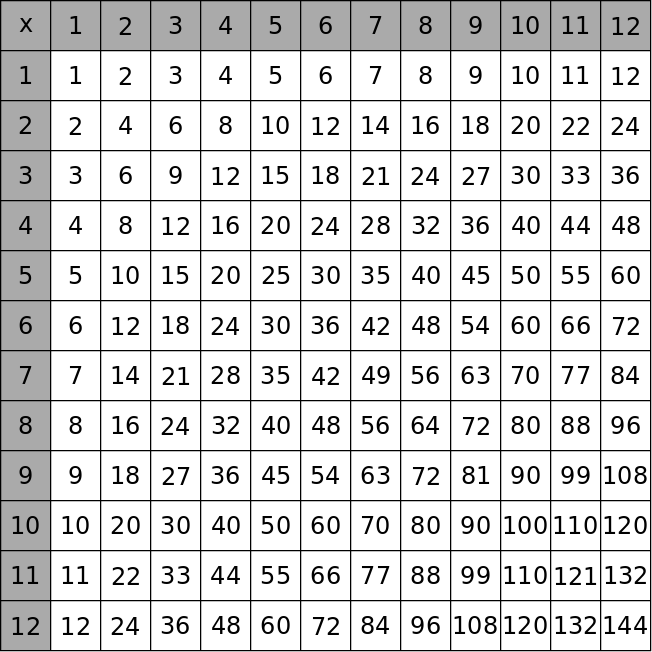 You may remember staring at this while trying to memorise the 7 times table. Well, have no fear, there will be no number facts quiz as part of this article. But there are a few pretty facts about the times table that most school lessons miss. 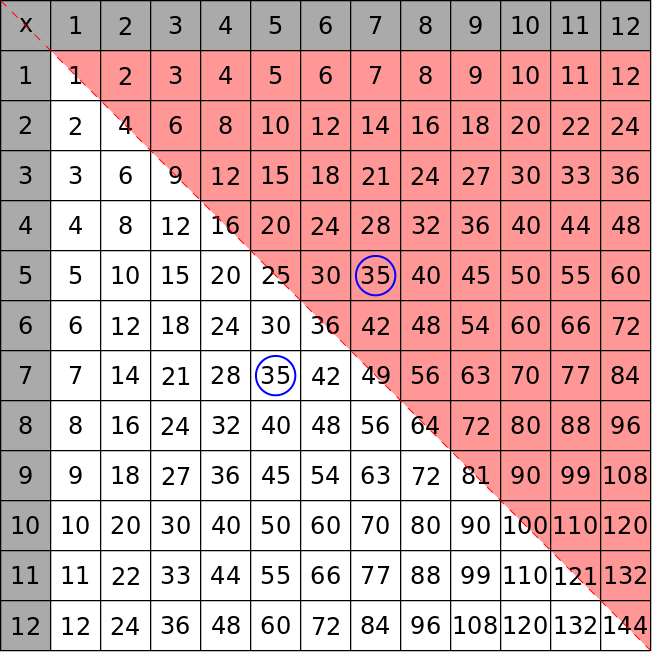 So if your aim is to memorise the table, you really only need to memorise half of it. The reason for this symmetry is simple enough — 5 × 7 is equal to 7 × 5. But why is this true?


To show this in a simple way, first we need to take note of something that's easier to understand but maybe less obvious. Take the same entry we just looked at (5th row, 7th column) and colour in all the entries left of and above it: 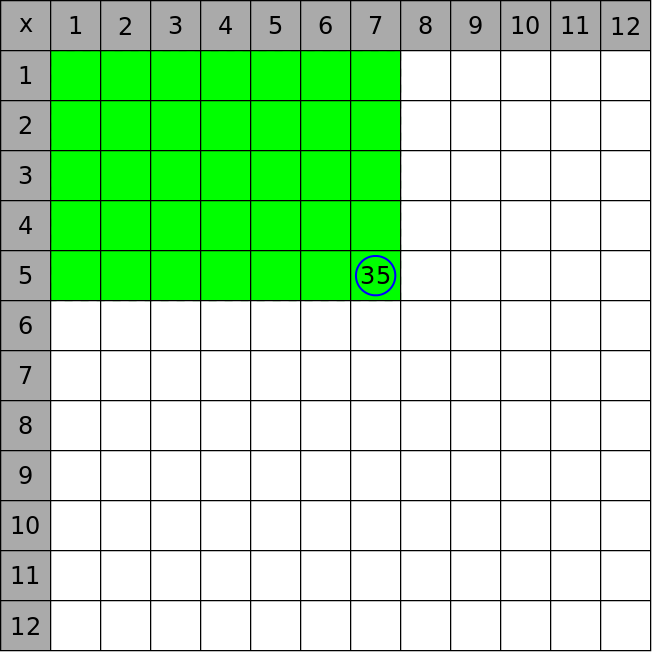 This gives us a visual understanding of what the numbers in this grid are telling us. Back to the symmetry — why is 5 × 7 equal to 7 × 5?

If we flip the above green rectangle about the main diagonal, we get the following picture: 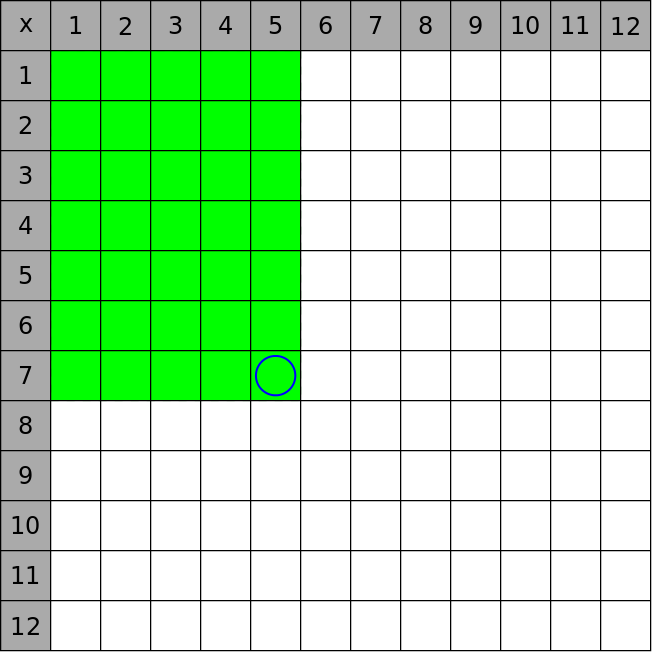 All we did was flip the rectangle, so the number in the blue square should still be 35. But now the entry is in the 7th row and 5th column, meaning 7 × 5. So the fact that a × b = b × a ('multiplication is commutative') means that flipping a rectangle doesn't change its area.

But there's more we can do with a multiplication table. Pick a number (say 10), and then colour in all the entries in the table equal to that number. 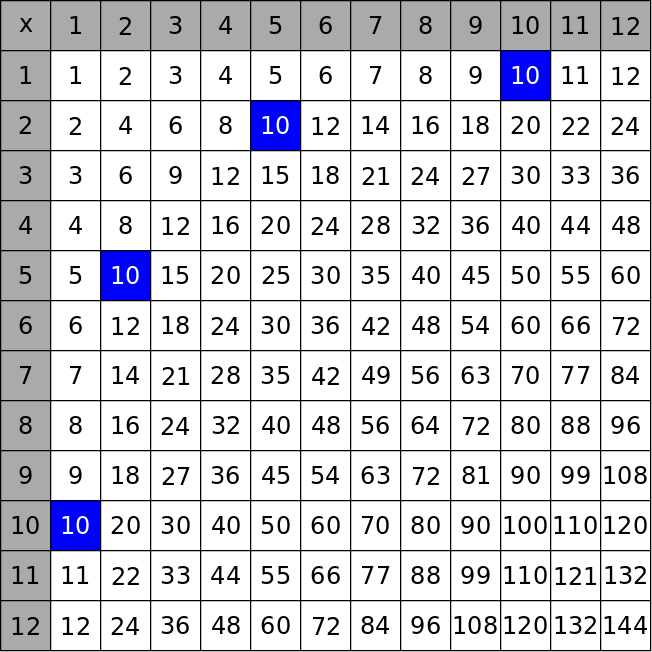 The number of coloured squares tells you how many factors a number has — if it's prime only two squares are coloured. Here is an animation of the occurences of all the numbers from 1 to 40:

Now we can see a pattern emerging. The blue squares always seem to form a nice curve — and there's a reason for that! Let's say that 'a' says which column a square is in and 'b' says which row it's in. The blue squares are the ones that satisfy the equation a × b = n, where 'n' is our chosen number (n=10 in the previous example). If we were to draw a smooth curve through all these points, we would get the line corresponding to this equation, where 'a' and 'b' are not necessarily whole numbers. The blue squares are the points that the curve passes through that are whole numbers. 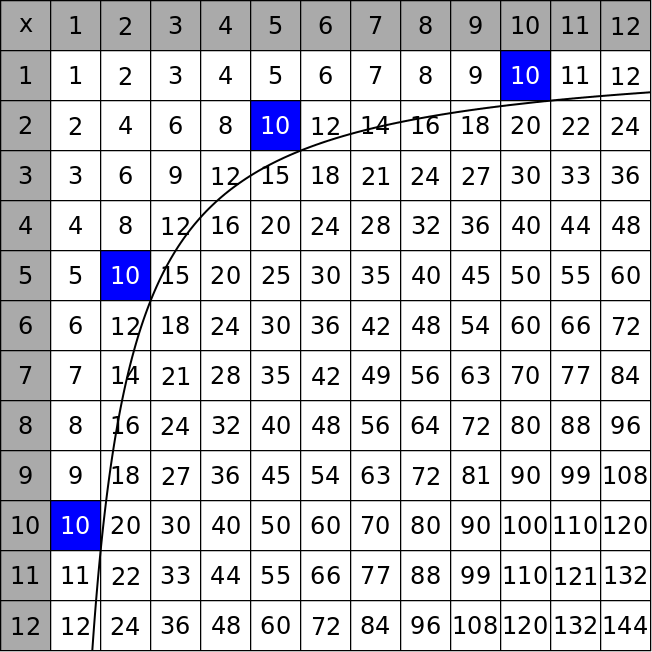 This curve is known as a hyperbola.

There's one more thing you can do with multiplication tables that results in pretty pictures — like I said, I've saved the best for last. Again we'll colour certain entries of the table, but this time we'll colour every entry that is divisible by a certain number. Thus, for 1 every entry is coloured, whereas for 5 the picture is: 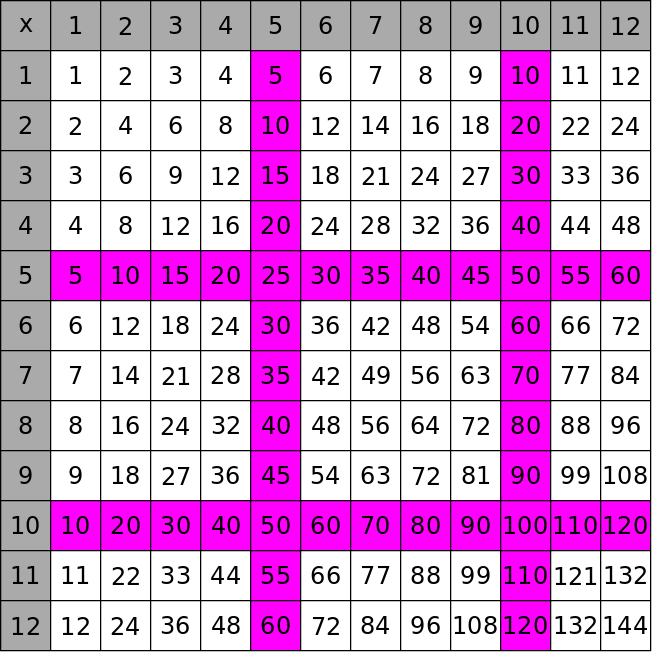 Clearly any row or column that is a multiple of 5 will be entirely coloured. But something slightly different happens for 4: 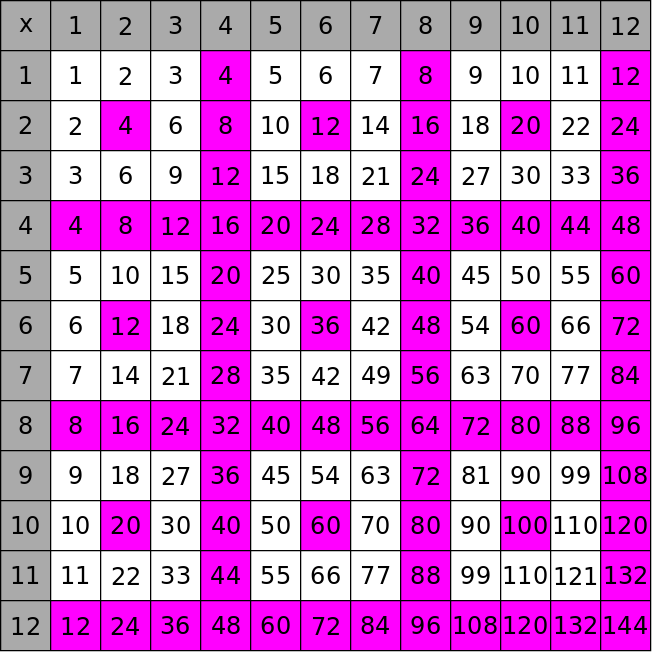 We get the same sort of lattice pattern in columns and rows that are multiples of 4, but there are also solo entries whenever both the row and column are even. This happens because 4 is not prime, so (for example), 4 also appears as 2 × 2.

The pattern inside each lattice square gets more intricate as you choose numbers with more and more factors. So you can use the pattern as a way to get a feel for how 'composite' a number is. For example, 26 has the following pattern on a 40 × 40 grid: 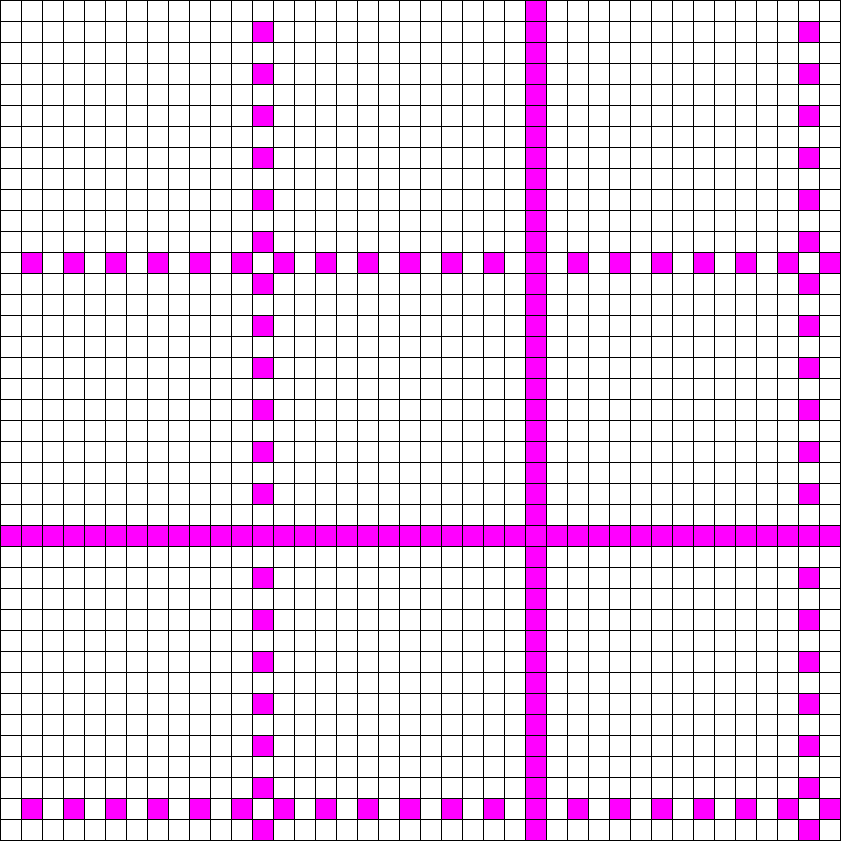 Inside each lattice square is a very simple pattern, implying that 26 is not very composite. In fact, 26 = 2 × 13, both prime numbers. By contrast, here is the pattern for 36: 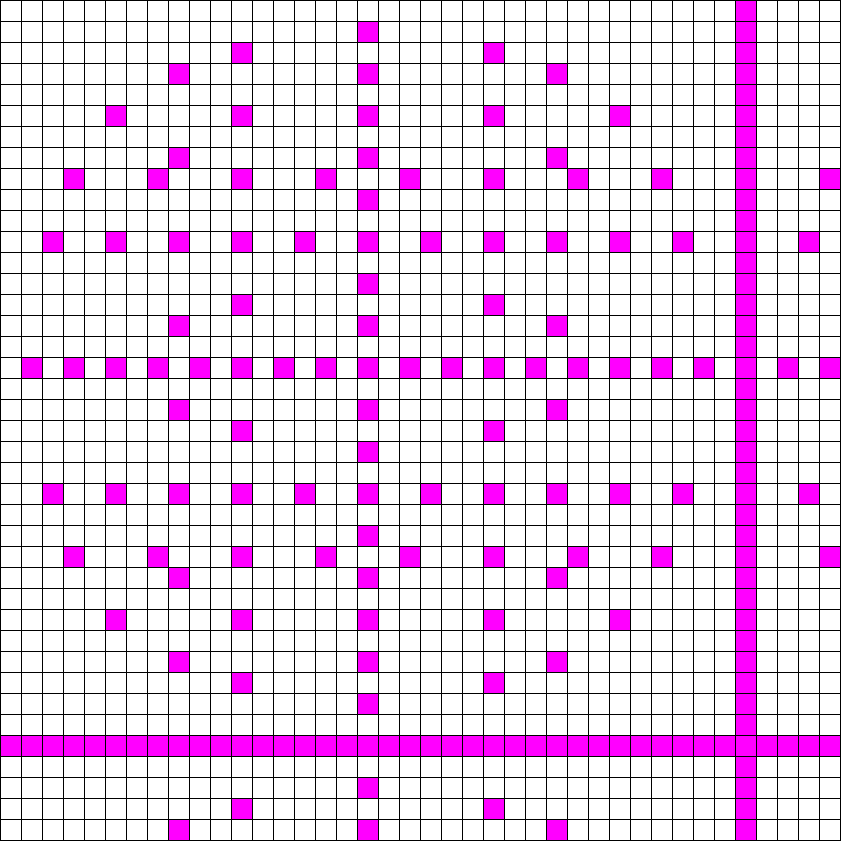 I should mention here that the outer boundary of the pattern is not a circle; in fact the upper left quarter of the boundary is just the occurrences of 36 in the multiplication table, so the boundary is made of four copies of the hyperbola.

I'll leave you now with an animation of these patterns of multiples for the numbers from 1 to 40.